A Far Cry From Plymouth Rock

After a dozen years of living and working in South Carolina, of trying to manage a writing career that spans the USA, the UK and Jamaica, of growing up in Jamaica, but hanging onto the Ghanaian passport of his birth, the question ‘Where is home?’ became ever more insistent. Part of him embraces the New World condition of being Brathwaite’s ‘poor harbourless spade’, but America has entered his psyche and his children are becoming Americans. Yet the thought of becoming an American citizen is too uncomfortable to contemplate. In a rich piece of writing that has the immediacy of a man thinking aloud and the careful structure of art, Dawes explores the experiences that bring him to this state of indecision. In the process, he writes about the things that matter to him as writer, husband, father and active citizen: place, race, nation, religion, childhood, family and parenthood, sex and death.

“ A potent tale of immigration and exploration”.
--Margo Jefferson
“ A wonderful memoir but it is much more than that: a poet’s eloquent meditation on the complexities of history, race and the oft-broken promise of America.”
-- Geoff Dyer 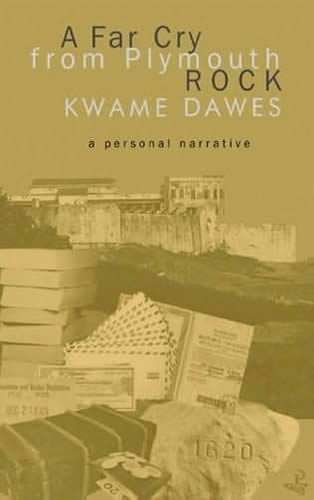