I Saw  Your Face

With an intimate, philosophical sense of history, often exploring connections between the Black American experience and African culture. Nearly a decade has passed since the publication of his monumental, illuminating, and moving work, The Middle Passage, winner of the Coretta Scott King Award. Now, I saw Your Face marks a return to the reflective mood of his earlier books: It is an uplifting celebration of the shared survival and strong connections between people of African descent. This extraordinary selection of drawings that Mr. Feelings sketched over the course of his career—portraits of young people from around the world—are placed in the vivid setting of Kwame Dawes’s lyrical text. Initially inspired by a conversation, the two friends were intrigued by the idea of a book that would explore the history of the African Diaspora as seen simply through faces, and they had been completing the project before Mr. Feelings passed away. 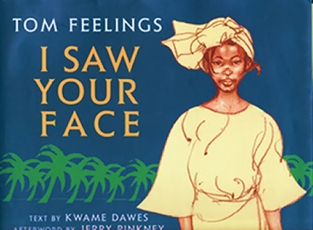