Impossible Flying is Dawes’s most personal and most universal collection, one which tells ‘family secrets to strangers’. In exploring the triangular relationship between the poet, his father and younger brother, there are moments of transcendence, but often there is ‘no epiphany, just the dire cadence of regret’ since the failures of the past cannot be undone, and there can be no escape from human vulnerability, and the inevitabilities of disappointment, age and death. But from that acceptance comes a chastened consolation.

As ever with Dawes’s collections, the rewards come not only from the individual poems, but from their conversations and the meanings that arise from the architecture of the whole. And as for the poems themselves, ‘they are fine and they always find a way to cope --/ they outlast everything, cynical to the last foot.’

'The poet’s language is vivid and visceral; his courage and honesty blaze a path in poem after poem. This is the music of survival and transcendence. Indeed, the poetry of Kwame Dawes makes the impossible possible.'
-- Martín Espada
'Kwame Dawes is one of the most important writers of his generation who has built a mighty and lasting body of work. Impossible Flying is surely his finest book of poetry thus far.'

-- Elizabeth Alexander
'Majestic is the word that comes to mind reading the finely wrought poems of Kwame Dawes’ Impossible Flying. Indeed, a sublime talent is needed to fashion poems of such capacious grace and energy.' 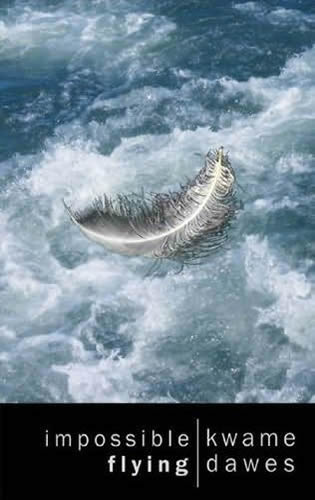