In Wisteria Kwame Dawes finds poignant meaning in the landscape and history of Sumter, a small town in central South Carolina. Here the voices of women who lived through most of the twentieth century—teachers, beauticians, seamstresses, domestic workers and farming folk—unfold with the raw honesty of people who have waited for a long time to finally speak their mind. The poems move with the narrative force of stories long repeated but told with fresh emotion each time, with the lyrical depth of a blues threnody or a negro spiritual, and with the flame and shock of a prophet forced to speak the hardest truths. These are poems of beauty and insight, that pay homage to the women who told Dawes their stories, and that, at the same time, find a path beyond these specific narratives to something embracingly human. Few poets have managed to enter the horror of Jim Crow America with the fresh insight and sharply honed detail that we see in Dawes’s writing.

With all good Southern songs of spiritual and emotional truth, Dawes understands that redemption is essential and he finds it in the pure music of his art. Dawes, the Ghanaian- born, Jamaican poet is not an interloper here, but a man who reminds us of the power of the most human and civilizing gift of empathy and the shared memory of the Middle Passage and its aftermath across the black diaspora. These are essential poems.

“. . . rooted and sound, both in its vibrancy and direction. He writes poetry as it ought to be written.”
—World Literature Today 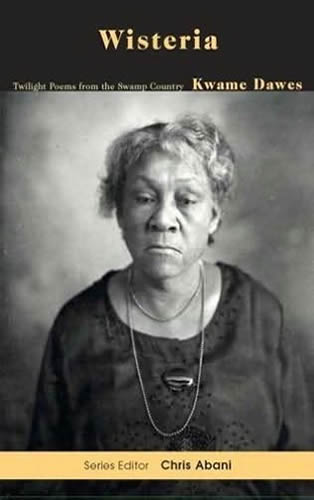